Getting Thunderbolt 3 working completely in Hackintoshes require patches to the ACPI tables. There are quite a few issues to resolve so we fix them up one at a time.

The first issue is that if a TB3 or USB-C device is not plugged in during boot, then OSX does not recognize the TB3 chip at all. This is due to a power-saving feature in the controller. The BIOS can power gate the TB3 controller until Windows wants to use it. Yes, Windows. This is implemented through a custom ACPI interface that is (supposed) to be unique to windows called the WMI. There is a Linux implementation of WMI and we can use that to understand how force power works.

On OSX, it's not as easy because the PCI drivers does not play well with a non-hotplug device that can power on independent of the device's PCI power management functions. If you try to write a device driver for the WMI device and manage to power on the controller, it still will not work 100% of the time because there is a race with the PCI drivers which enumerates the PCI devices. It seems that having PCI verbose logging is the only way to trigger the TB force power mechanism consistently.

A better solution is to write a custom Clover driver that powers on the TB3 controller before XNU boot and thanks to al3x, that solves the race issue with trying to do force power during XNU boot.

Since we cannot modify the UEFI S3 resume script, we rely on the ACPI methods to restore force power on resume. The OSX PCI driver will execute the _PS0 method before restoring the device. The first attempt was to add the following:

Unfortunally this did not work because the Thunderbolt controller takes an non-insignificant amount of time to start up. This leads to another race condition where if OSX probes the device before the controller starts up, it will panic. Even worse, if the panic happens in middle of the controller firmware init, it would make the controller stop responding until a full power reset. Instead we modify script to wait for the controller to fully init.

This waits up to 10 seconds for the controller to start up after a force power event. It's also important to wait on the PXSX device (the Thunderbolt NHI). Originally the code waited on just RP05 to start up and that worked 50% of the time because PXSX takes a little bit longer to settle and we only made the race closer.

Next, we have to implement hotplug support. If we dump the SSDT from a TB3 MacBook, we can find a lot of hotplug related code but it's quite a daunting task to port it to the NUC because it's filled with references to device-specific ports, offsets, and addresses. Instead, it's easier to focus on just the reserved objects (ones that starts with an underscore). The reasoning here is that anything that isn't a reserved object (usually) isn't seen by the OS so we don't really care what they do aside from providing functionality to the reserved objects. (In programming terms, a reserved object is like an exported/global object while everything else are static objects).

Taking a look at the 2016 MBP, we see that _GPE._L33 calls AMPE which calls Notify (_SB.PCI0.RP09.UPSB.DSB0.NHI0, Zero). We know (from reading the ACPI specifications) that _GPE._Lxx are level-triggered events (in order words an interrupt wire is tripped). We know that Notify with the second argument of zero means that it's notifying a change in the bus state. So from this we deduce that the OSX kernel expects a notification on the NHI0 device when the hotplug wire is tripped. Notify calls into the kernel itself and the hotplug is handled.

Since hotplug works in Linux, we know that the NUC implemented the same functionality differently. Our task is to "rewire" the NUC's hotplug functionality into something that OSX recognizes.

We start by locating the TB3 root PCIE hub which happens to be named RP05. We look for any _GPE that triggers a Notify on RP05 with the second argument of zero because we know that the code will be related in some way to bus state changes. There is only one candidate:

_GPE._E20 calls the local method XTBT which calls NTFY which eventually calls Notify (_SB.PCI0.RP05, Zero). It seems like the reason why hot-plug doesn't work is that OSX expects an notification on the NHI device (RP05.UPSB.DSB0.NHI0) while the NUC notifes the root device (RP05). To resolve this disconnect (haha get it) in the understanding, we can patch NTFY to alert the right device.

Before we can do that though, we have to define the right device in a custom SDST table. We can do that like so

Now that we have a name for this device (RP05.PXSX.DSB0.NHI0), we can refer to it with Notify. Since we can only add, not replace, ACPI objects, we need to use Clover's patching capabilities. We rename the original NTFY implementation to XTFY as the name is unused, and we get it out of the way. Then we implement NTFY as follows

And now, hot plug works! But waking from sleep doesn't restore our TB3/USB-C devices. This is because we are missing the other call to Notify that happens in _WAK (called on wakeup).

_WAK calls local method RWAK which eventually wakes up the right port if there is a device connected:

Once again, we cannot update existing code so we have to get creative to hook the right call. We use Clover again to remake RWAK to XWAK. Now we can re-write RWAK into our own implementation with the right changes but it's a lot of code (and a lot unrelated to TB3) and we might mess up something else. Instead what we do is call the original RWAK in our new RWAK first and then do the TB3 notification stuff as well. 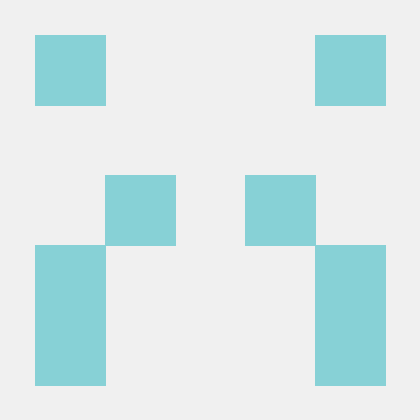